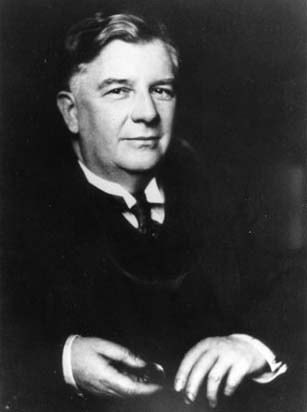 Richard Wilhelm is the Marco Polo of the inner world of China. He, more than any other, is responsible for opening up to the West the vast spiritual heritage of China and thus all of Asia. He translated the great philosophical works from Chinese into German, where they have in turn been translated into the other major languages of the world, including English. To this day, among the dozens of translations of the I Ching now available, his 1923 translation stands head and shoulders above the rest. He introduced the I Ching, and Chinese philosophy, to the School of Wisdom when it first opened in 1920. These ideas have been a integral part of its program ever since. Richard Wilhelm, and the ancient Chinese Sages he came to know so well, are key Ancestors of the School of Wisdom.

Another student of the School of Wisdom, Carl Jung, wrote an interesting sketch of the inner world of Richard Wilhelm, as part of his Jung’s autobiography.

More than just a linguist and scholar, Wilhelm was a spiritual seeker who penetrated to the very depths of Chinese spirituality without losing his European frame of reference. Living in China for over twenty years he saw first hand the great cultural and spiritual differences between East and West. At the time, the Europeans were conquering colonial powers in China and had little or no respect of Chinese culture. The Chinese in turn considered the Europeans to be barbarians and closed their spiritual traditions to Westerners. Richard Wilhelm was one of the first to realize the value of Chinese thinking, to bridge the great divide between the two cultures. This division was internalized in his own soul after he moved to China in 1899 and began to penetrate its spiritual secrets. As he integrated Chinese thinking and world views into his own life, the gap between Western and Oriental culture split his very being in two. The new Chinese part of himself did not take over, he did not lose his European identity. He was able to translate the Chinese ideas back into the European gestalt. But the effort required was tremendous and he struggled his whole adult life to try to merge the two divergent spiritual traditions in his soul.

This struggle manifested itself physically in 1910 when Wilhelm contracted amoebic dysentery from Chinese food and lay seriously ill for months. The next year he met Lao Nai-hsuan, the Chinese sage who helped him through the internal conflict and Wilhelm recovered. With Lao’s help he bridged the gap and found inner tranquility, at least for a time. But many years later upon his final return to Germany in 1924, the tranquility lapsed, and the fight between the European and Chinese sides of Wilhelm renewed. After only four years in Europe, at age fifty five, Wilhelm suffered a relapse of his amoebic dysentery. The long-dormant microscopic organism that had invaded his system and triggered his illness in China in 1910 led to his premature death in 1930. Carl Jung saw in his relapse and early death an inability to integrate the two sides of himself. Although not completely successful in this personal struggle to merge the two cultures in his psyche, his writings, especially his translations of the I Ching: the Book of Changes and the Secret of the Golden Flower, certainly create a strong bridge for people in the West to approach and understand the unique spiritual and cultural insights of the East.

Richard Wilhelm was born far from China, in Germany, in 1873. As a student in a prestigious school, Tubinger Slift, he had broad cultural interests with a special love for the works of the great German poet, Johann Wolfgang von Goethe. He was by nature a deeply spiritual person and his studies naturally turned to theology. In 1895 at the age of 22 he was ordained as a protestant minister and served briefly as a parish minister. Young Richard was idealistic and yearned for broader horizons and adventure. At age 26 he joined the Allgemein Protestantischer Missionsverein and agreed to serve as a missionary in China in the German colonial city of Tsingtao.

Shortly after Wilhelm arrived in China in 1899 the Boxer Rebellion erupted. A large faction of radical Chinese began a violent revolution against European colonialism. All Westerners were targeted for attack, especially missionaries. Although the Boxer Rebellion was eventually crushed, the Europeans were sensitized to the need for better communication with their Chinese subjects. Against this background, Richard Wilhelm began studying the Chinese language as soon as he arrived in China. He quickly discovered that he had a natural gift for the language. Chinese, and the other languages of the East which are derived from it such as Japanese and Korean, are completely different from the languages of the West. They are based on thousands of characters or ideograms, rather than letters. Translation from Eastern languages into Western languages is extremely difficult. The few who can do it are highly prized, especially in missionary work. Recognizing the exceptional aptitude for translation, the missionary group allowed Richard Wilhelm to spend his time studying the language. In 1905, the year his son Helmut was born, he began to translate his first Chinese book into German. His study and translation of Chinese religious life continued until the day he died.

As Wilhelm learned the language he became intrigued with the Chinese religious texts he was studying. Wilhelm quickly developed a passion for Chinese culture, particularly their religious texts. In Tsingtao and in Peking where he studied at the University, he encountered many of the cultural leaders of China at the time. Described by his wife as a warm and gregarious person, Wilhelm was able to befriend many Chinese and learn their way of life. This association with the Chinese language and culture began to transform him into a new person. He began to see the world through the perspective of the Chinese. He was very impressed by the deep spirituality which he found. He came to China intending to convert the heathens to Christianity. But almost without realizing it, the missionary had himself become converted. Many years later Wilhelm would boast to Carl Jung that during his entire twenty-year stay in China he never baptized a single Chinese. He discovered instead that his true mission was to create a translation bridge between Western and Eastern spirituality.

In 1911 at age 38 Wilhelm met Lao Nai-hsuan, the Chinese sage and scholar who profoundly influence his life. After Lao helped Wilhelm recover from amoebic dysentery, Wilhelm founded the Confucius Society in Tsing Tao, and Lao Nai-hsuan became its head. Their relationship grew close. Lao lived from 1843 to 1921. Wilhelm described him as an eminent scholar of the old school, one of the last of his kind, and referred to him as his honored teacher. He was one of the few classic scholars then open to change. He realized that China’s isolation from the rest of the world had to end. Lao was a true Chinese sage, related to the family of Confucius, and trained in Confucian government and traditions. He was also adept at Chinese yoga and psychological methods from the Taoist traditions. His special expertise and passion was the I Ching, and this love quickly spread to Wilhelm. Lao came to trust the extraordinary missionary, and took Wilhelm as his pupil. For the first time the deep spiritual traditions and insights of China were shared with a European.

In 1913 Lao and Wilhelm began the monumental task of translating the I Ching from Chinese to German. The task continued for ten years. At the same time Wilhelm was translating the book into German, Lao was creating a new Chinese edition of the book entitled the Book of Changes According To The Ch’eng School. Lao directly assisted Wilhelm in understanding all aspects of the text. In Wilhelm’s words,

Lao first opened my mind to the wonders of the Book of Changes. Under his experienced guidance I wandered entranced through this strange yet familiar world. The translation of the text was made after detailed discussion. Then the German version was retranslated into Chinese and it was only after the meaning of the text had been fully brought out that we considered our version to be truly a translation.

In 1921, just as the last pages of the printer’s proofs of the finished translation were coming back, Lao Nai-hsuan died, his life’s work complete. Wilhelm continued to edit the work and to add his own comments over the next few years until he concluded the I Ching: Book of Changes, in 1923. The next year he was forced to return to Germany where he assumed a position as a Professor of Chinese Studies at the University of Frankfurt. In 1925 he founded the China Institute and served as its director until his death.

From 1924, until his death in 1930, the focus of his work shifted from translation to lecturing and teaching. He tried to promote the great culture and spiritual insights of China. To do so effectively he had to personally serve as a kind of bridge of the great cultural divide between China and Europe. At first he encountered opposition and hostility to his efforts on many fronts. Europe was nationalistic and chauvinistic. The academic community distrusted him because of his missionary background, and the religious community distrusted him because of his transcendence of Christianity. But a few listened, including Count Keyserling, who was also opposed to the nationalists, academics and orthodox religions. Wilhelm participated in Keyserling’s book on marriage, writing the chapter on Chinese marriage and its spiritual significance. Wilhelm also participated in the School of Wisdom in Darmstadt. Due to his influence on Count Keyserling, and his son, Arnold Keyserling, Chinese philosophy, particularly the I Ching, became a central part of the School of Wisdom curriculum.

At the School of Wisdom Richard Wilhelm met Carl Jung, who became his good friend. Jung also realized the great significance of Wilhelm’s work, particularly the I Ching. Jung helped Wilhelm gain respectability in the German academic community, and wrote lengthy introductions to Wilhelm’s two most important translations, I Ching: Book of Changes and The Secret of the Golden Flower. These two books had a profound influence on Carl Jung.

With the help of Keyserling and Jung, Wilhelm’s work in Germany eventually met with some success. Wilhelm’s books were published, and he met and influenced other important cultural leaders, such as the writer Herman Hesse and the musician Joseph Hauer. But according to Jung, Wilhelm was not able to make a smooth psychological transition back to European life. Wilhelm began to cut himself off from his spiritual roots in China. In Jung’s words, Wilhelm “seemed to feel the pressure of the European spirit”. When Jung first met Wilhelm he seemed completely Chinese to Jung, in outward manner as well as way of writing and speaking. But a few years later this changed. Now Wilhelm’s lectures on China began to sound more like Christian sermons to Jung. The two sides of himself, the Chinese and the German, began to split apart, with the Chinese side going into the unconscious. As the Christian views and forms of thought moved into the foreground, his resistance to the Chinese bacteria living in his body weakened. Wilhelm relapsed into the amoebic dysentery he originally contracted in 1910. Carl Jung tried to treat him, but in the end the inner psychological conflict between east and West proved too strong, and Richard Wilhelm died at age 57. His grave is shown below. His great spiritual legacy, I Ching: Book of Changes and The Secret of the Golden Flower, and other books, will live forever. (Note: a search of the Internet will reveal full text versions of some of his books, including the I Ching, most of which are of questionable copyright status, and thus not reproduced here.)